What could be better than playing your favourite casino game and hitting the jackpot while not even aiming for it? That is exactly what happened to a Swedish player who won a huge jackpot of £570,407 recently at the Leo Vegas Casino. He won the jackpot while playing Siberian Storm, which is a popular Mega Jackpot Game.

A winner in hiding 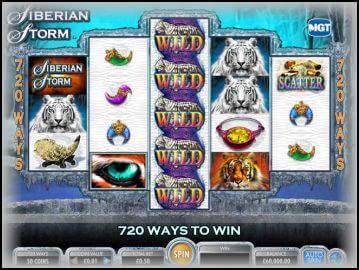 Interestingly, the 49 year old winner is not keen on revealing his identity. However, we do know he is a generous man, as he intends to donate a part of the amount to a charity. He also plans on opening up a business with the jackpot amount.

The winner was at home when he got to saw the news, but was in disbelief initially. Naturally he was shocked and asked his son to double check to confirm what he saw in the TV was true. He considers it to be his pre-birthday gift as he won it just four days before his birthday.

The man however, seems to be the one who believes in giving back to the society. He intends to open a horse race betting kiosk. Apart from that, he wants to continue making donations to charity often, something that he could not do earlier.

A lot of Swedish players have recently found luck with Leo Vegas Casino. Just a few moths back, another player from Sweden hit a record-breaking Mega Fortune jackpot of £4.4m. On asking about the same, the UK manager of Leo Vegas Casino, Shenaly Amin said that 2015 has been an expectational year for the casino. He added that it is always pleasing to see winner plan big with their jackpot wins and put them to good use.

One thought on “Swedish Man Wins the Mega Jackpot Game”